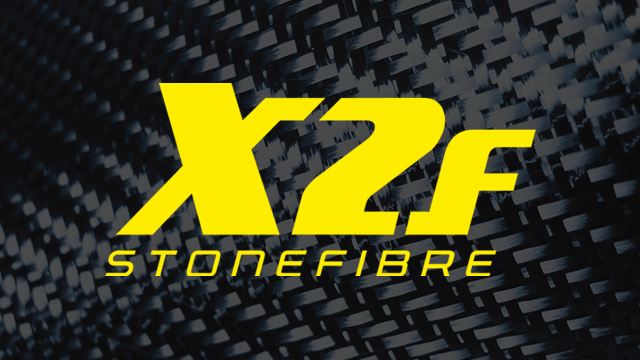 a-tec engineers have specially developed a material called X2F StoneFibre. Like RPS Fiberglass it is being produced in the weight
optimized SMC process. X2F StoneFibre has an insignificant higher density than normal Fiberglass, but fundamentally better tensile and
compressive strength characteristics. Because of this it is possible to receive thinner and lighter shells compared to normal Fiberglass.
That saves weight. Although the name StoneFibre might assume that the shell is very hard, the opposite is the case. The MARUSHIN philosophy
is, to build shells after the soft shell concept. This has a positive effect when crashing, because the shell can destroy more impact energy in the
first nano seconds of the crash. The energy can be distributed across a wider area rather than just one single point. Of course here the shell
works together with the specially designed and developed EPS core. The fabric of X2F StoneFibre is 100% organic and nontoxic. At the same
time it is resistant to UV, corrosion and acids. X2F StoneFibre fibers are being impregnated with a weight optimized special resin after being
woven into mats. Because of this preimpregnation the material is called a „prepreg„.  The mats are laid onto a positive mould of the future
helmet in a predefined order. That mould is made of flexible silicon. After the laying process has been finished, the mould is being brought
into the negative mould of the helmet. An exactly calculated amount of pressure makes the ballon press the X2F StoneFibre layers onto the
negative mould made of steel. The inner side of the negative mould has the future shape of the helmet aswell. A stable and durable connection
of mats and resin is being generated. The shell is born. In contrast to the classical way of Fiberglass production the SMC process (sheet moulding
compound) ensures an optimum allocation of the resin. An absolutely precise shell without unnecessary resin buildups is the result. This way of
producing is lightest possible way to build a Duroplast shell without losing sight of impact results.